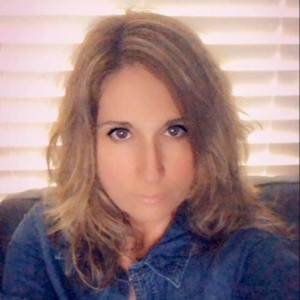 Toning the Vagus Nerve with Pranayam

The Vagus Nerve, known as the wanderer in Latin, is the most complex nerve of the twelve cranial nerves. It begins in the  brainstem and runs through the face, neck, and thorax. It also supplies nerves in the heart, GI tract, the bladder and branches all the way to the base of the pelvis.

Stimulation of the vagus nerve plays an important role in the management of many body, and mental health issues. Stimulating this nerve can be done with the aid of a special electrical devise, but did you know you can also do this naturally through the breath?

When the vagus nerve is stimulated, blood pressure stabilizes, the immune system operates at optimal levels, the respiratory system calms, the digestive system and NK lymphocyte cell function increases and best of all, you become healthier.

The vagus nerve relays messages between your gut and brain. Roughly 85% of nerve fibers within this wandering nerve transfer intuitive feelings or ‘gut instincts’ from gut to the brain and from brain to the gut, known as the biofeedback loop.

Building tone in this nerve has shown to be effective in treating chronic depression and anxiety where pharmaceutical treatments have fallen short. Studies suggest that, electrical stimulation of the vagus nerve increase levels of norepinephrine, which communicates between nerve cells in the parts of brain involved in mood disorders. What if we could achieve this through alternative means, such as meditation and pranayam?

Not everyone has the same vagal tone; some individuals have higher vagal tone, which means that they can relax quicker after a stressful incident. High vagal tone is associated with low incidence of diabetes, stroke and cardiovascular diseases. However, individuals with low vagal tone seem to be more susceptible to health issues such as depression, anxiety, fatigue, gastrointestinal issues, food sensitivities, brain fog and chronic inflammatory diseases.

Stimulating the vagus nerve and increasing vagal tone has been shown to help a number of issues, including but not limited to:

So how can breathing exercises help build tone in the vagus nerve? Most people breathe between 10 to 14 times each minute. Slowing down respirations to 5-6 breaths per minute is a perfect way to alleviate stress and stimulate the parasympathetic nervous system. Breathing should be deep and from your diaphragm. When you inhale, your stomach should float out. Your exhale should be long and slow and the stomach should sink in. This is key to stimulating the vagus nerve and reaching a state of relaxation.

The vagus nerve is connected to your vocal cords and muscles at the back of your throat. Singing and humming along with gargling can activate these muscles, thus stimulating this nerve. Two great forms of pranayama to practice are Ujjayi and Bhramari.

Ujjayi is commonly translated as “victorious breath” and often referred to as the “oceanic breath”. This breath has a balancing influence on the entire cardio and respiratory systems, releasing feelings of frustration and anger, and inviting calm to the mind and body.

Bhramari, also known as Bee Breath, is a breathing practice that calms and soothes the nervous system and helps us connect with our truest inner self. Bhramari is the Sanskrit word for “bee,” fitting for a pranayama which makes a humming sound produced at the back of the throat – like the gentle humming of a bee.

By stimulating the vagus nerve, you instill within your body the ability to relax and unwind, which leads to long-term improvements in mood, wellbeing and resilience. You don’t have to be ruled by your body and mind. You have the tools and ability to call the shots and take charge.

Powered with ❤ by PinPoint Local